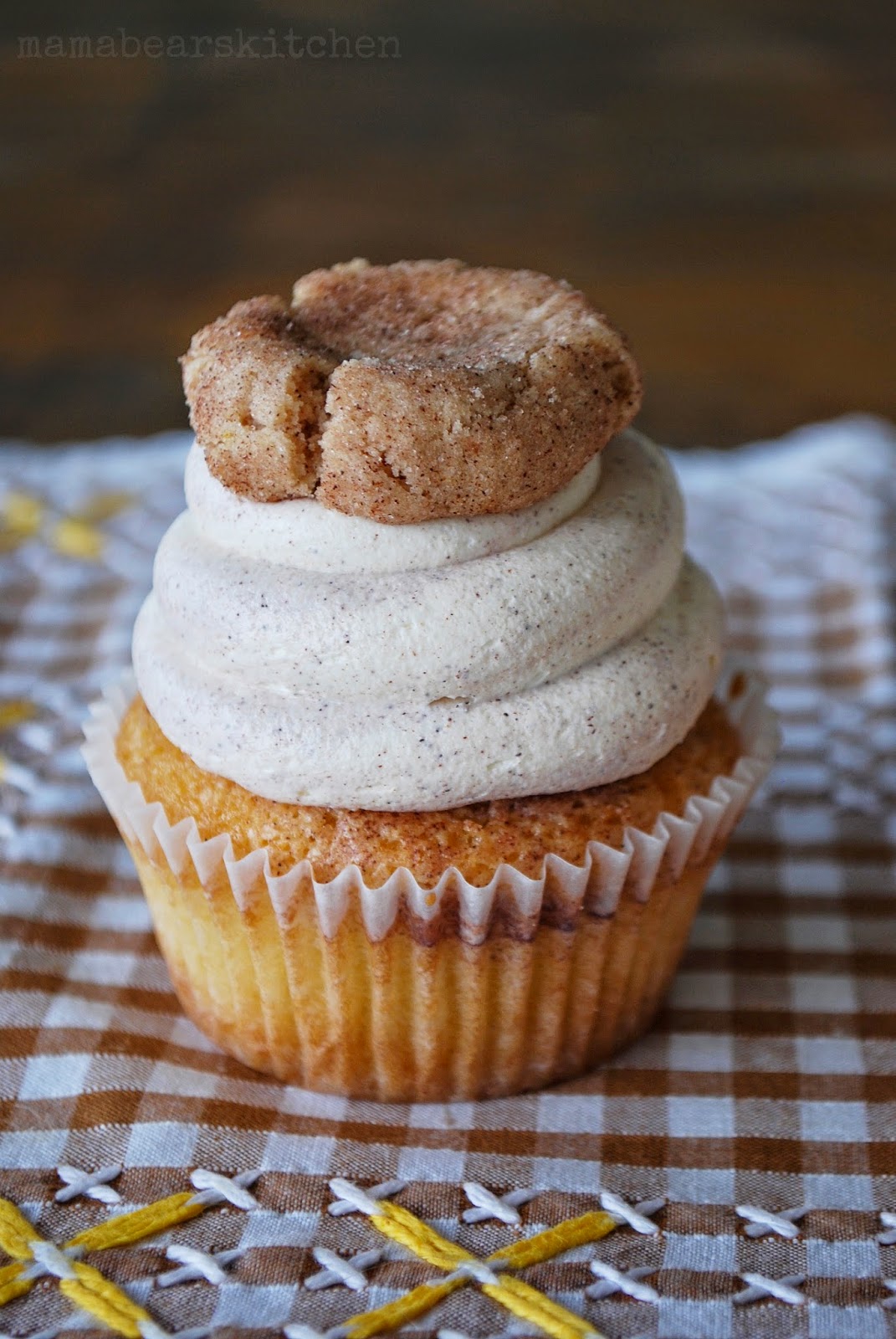 Now, a Snickerdoodle is an American thing. Generally speaking, most Aussies don’t have a clue what they are or where they fit into the realm of baked goods. However, since I kept coming across this term in my online quest for gorgeous cupcake pictures and recipes,  I knew I  needed to investigate.
I contacted  my incredibly talented baking buddy Rose from Rose Bakes who was more than happy to inform me that a Snickerdoodle is basically
a cinnamon covered cookie.
That’s it.
What a grand name for an understated biscuit! I  Love it. 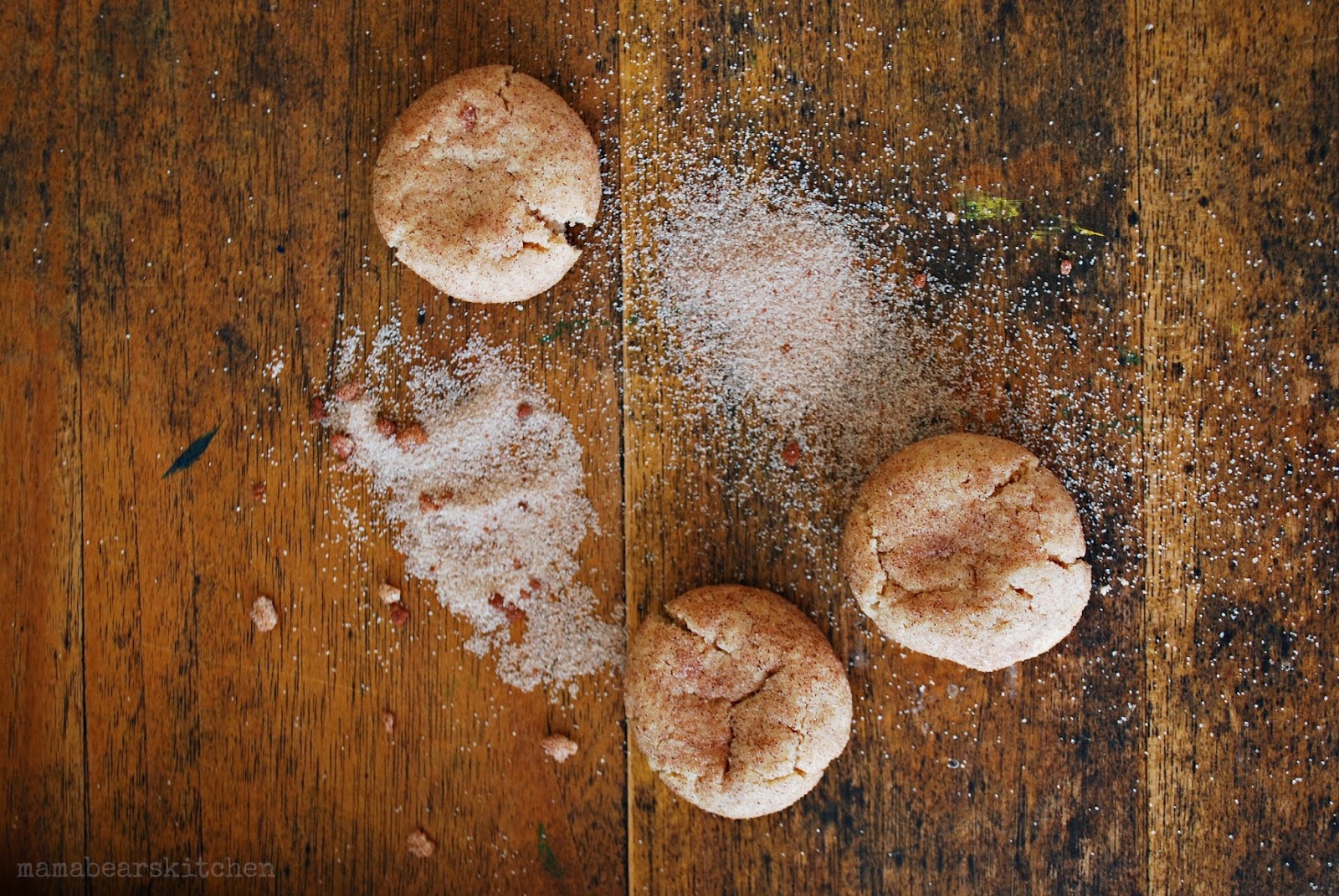 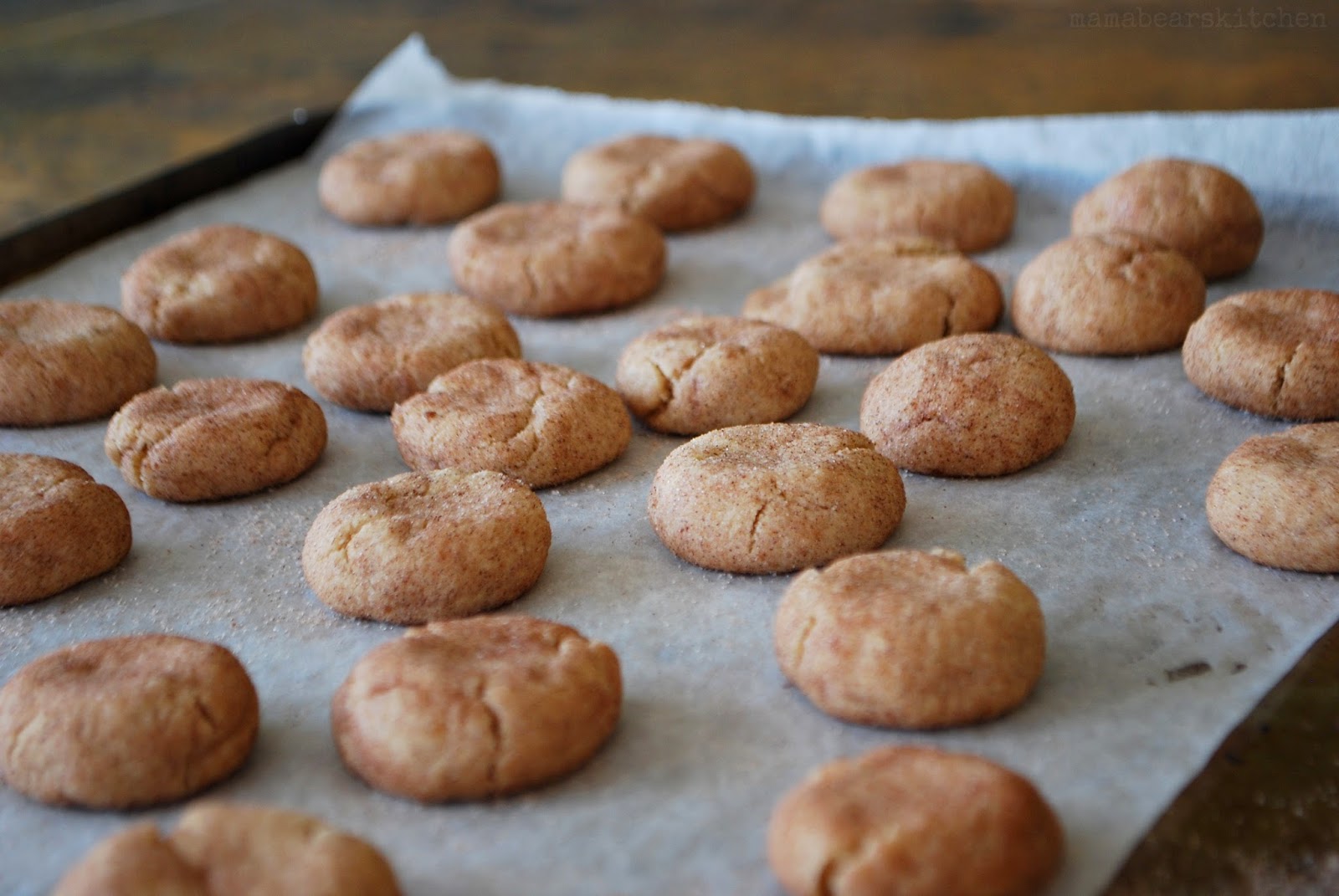 Turning a Snickerdoodle into a cupcake just had to be done. I adapted a recipe for this Snickerdoodle cupcake with cinnamon swirl frosting from
Sally’s Baking Addiction.
Her cookie recipe is easy and delicious. The uncooked dough is rolled in cinnamon sugar before baking. Keeping the cookies as small as possible makes it easier to put them into the frosting. You need to flatten the cookies with the back of a spoon while still warm, straight out of the oven. 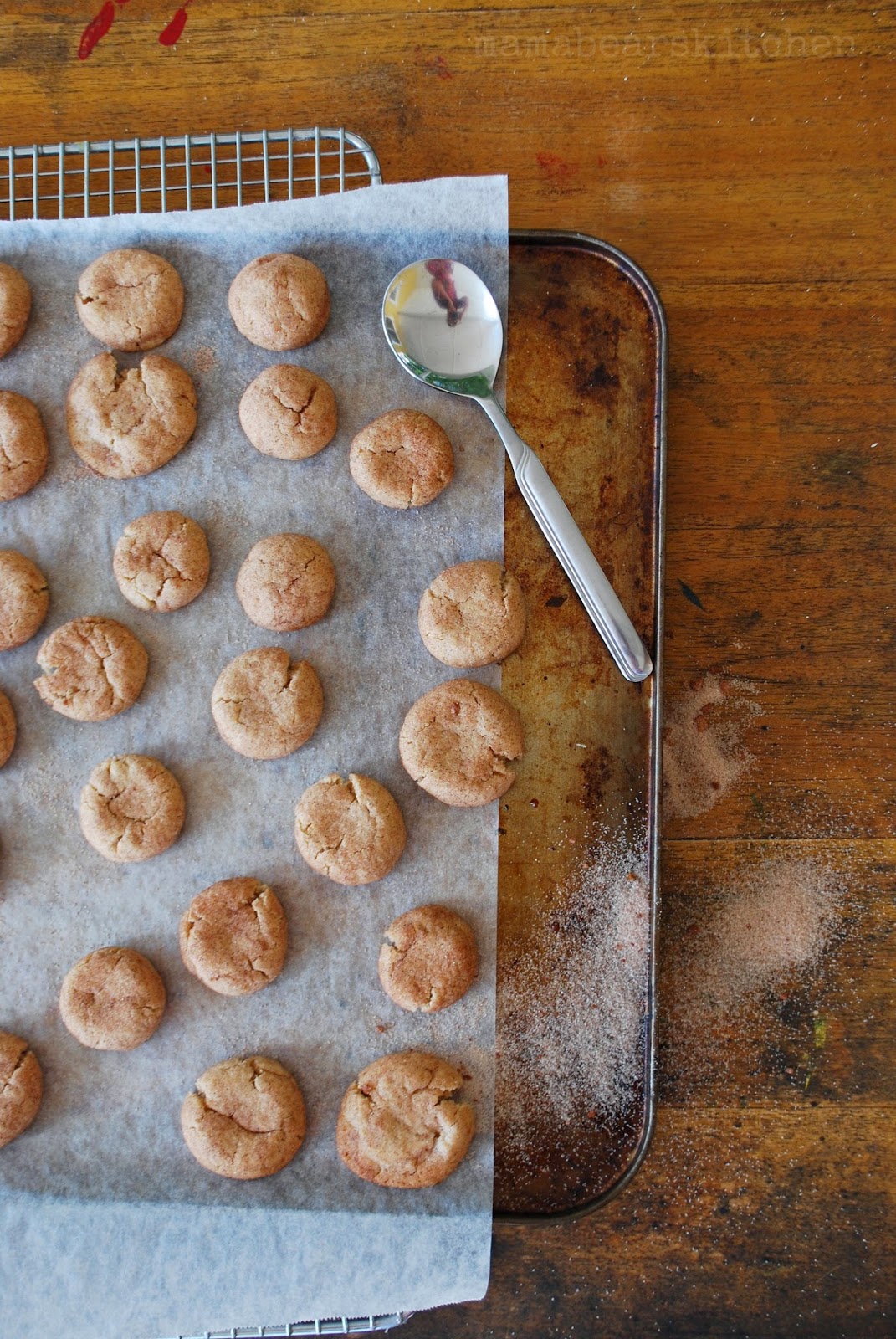 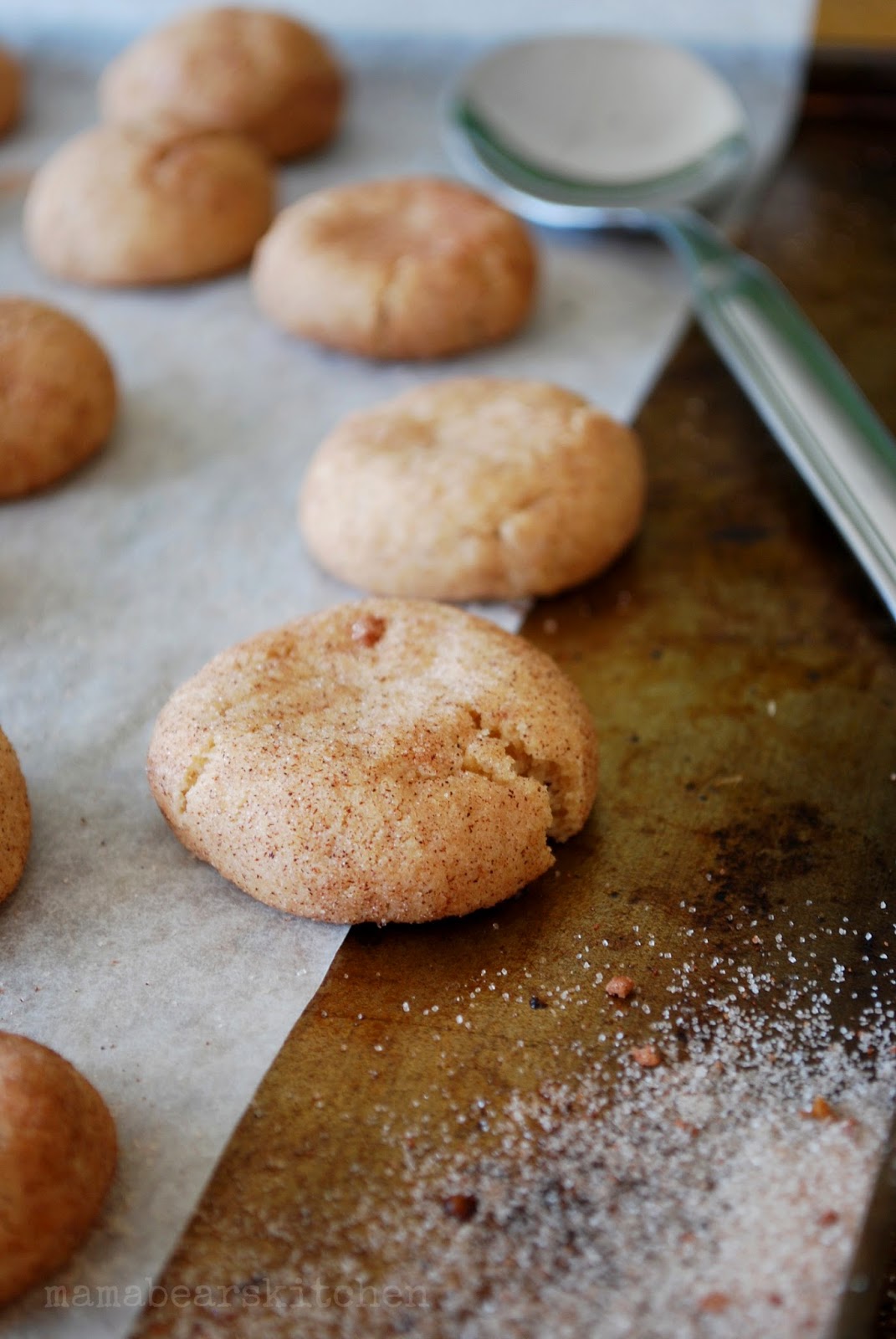 The vanilla cupcake  is given  generous helpings of cinnamon sugar which is layered between the batter and also on the top before baking. 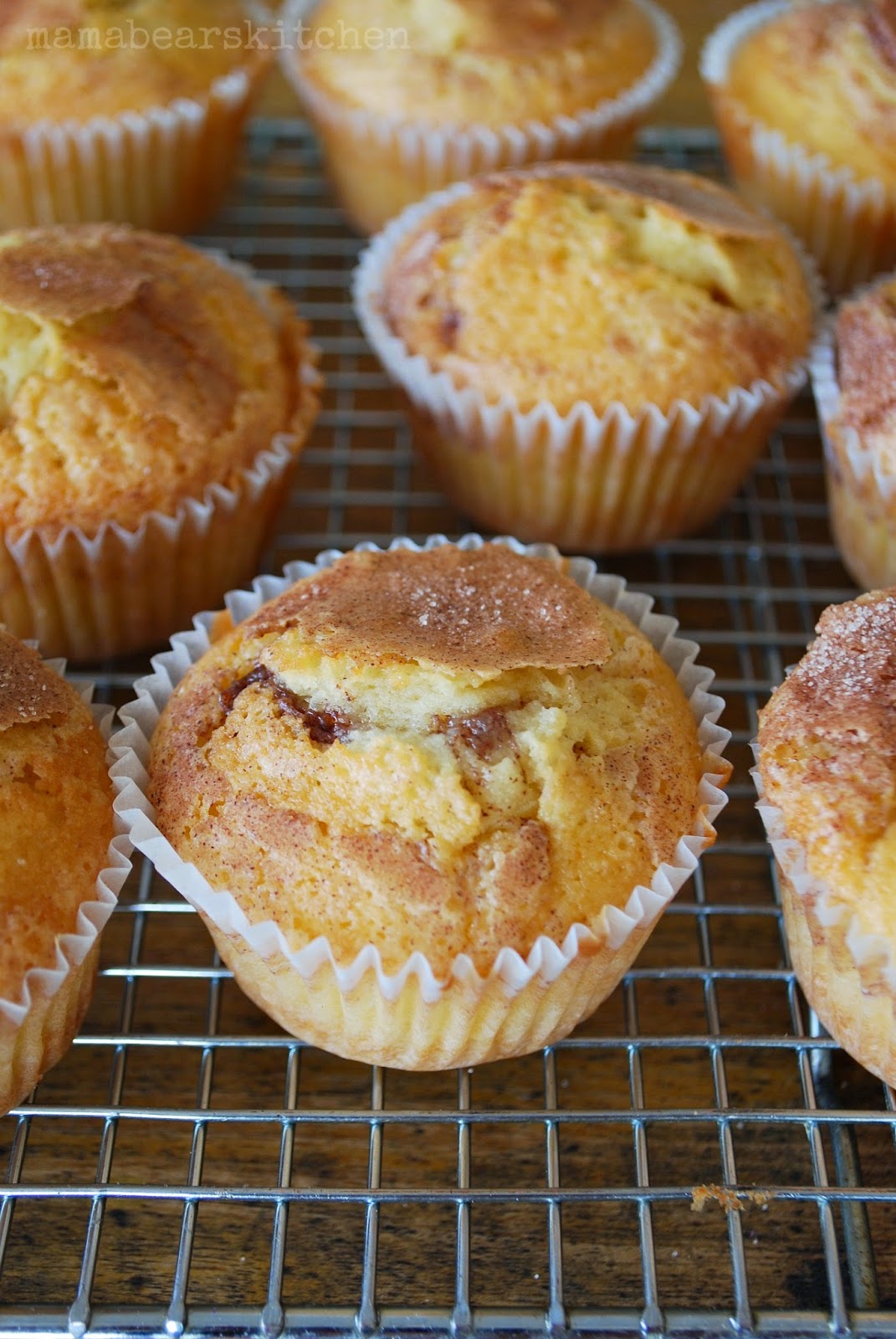 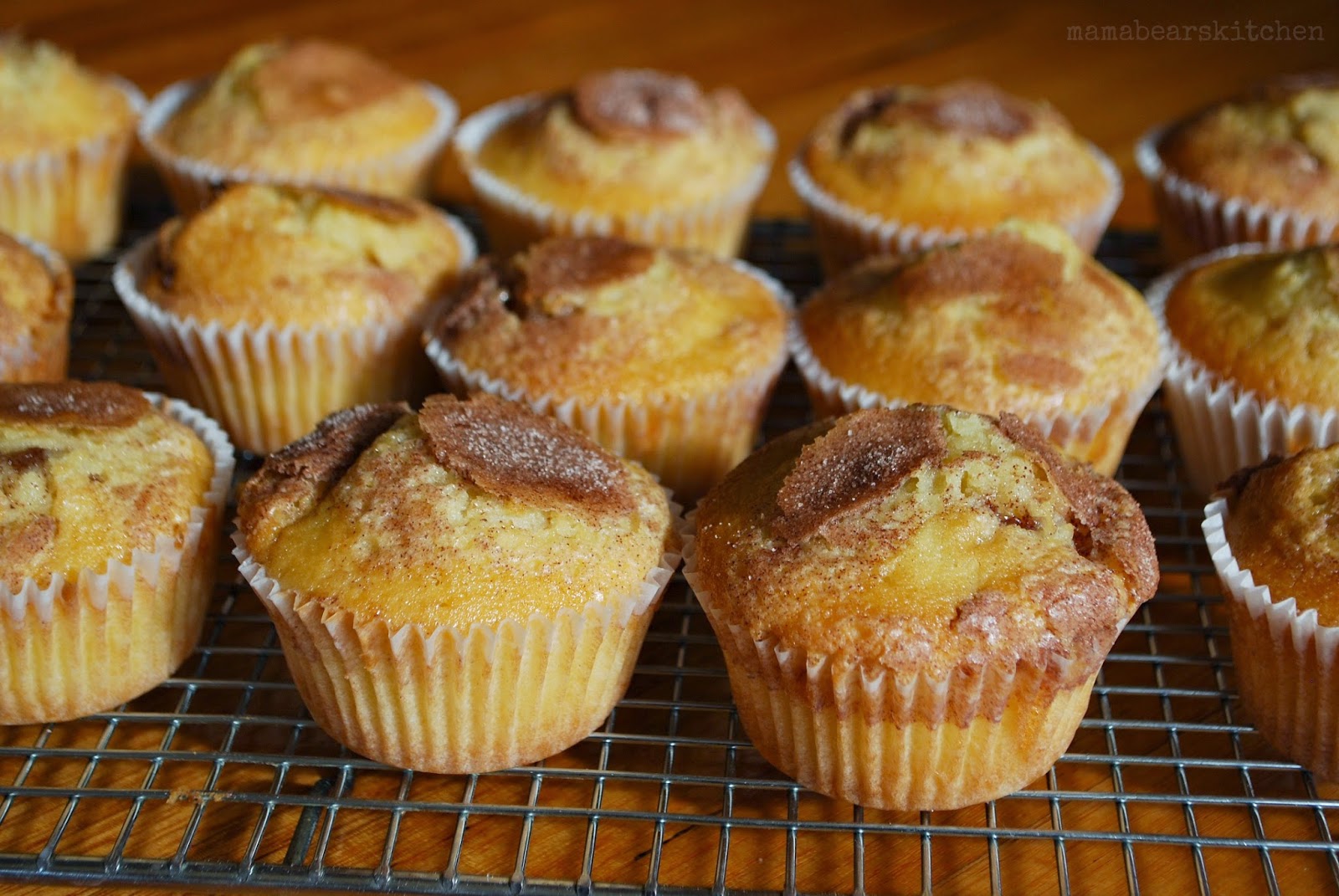 Once cooled, each cupcake is topped with cinnamon swirl frosting and finished with a snickerdoodle cookie. How good is that? Delicious! These cupcakes are perfect for our cooler winter weather, served with a steaming hot chocolate or a spicy chai tea. 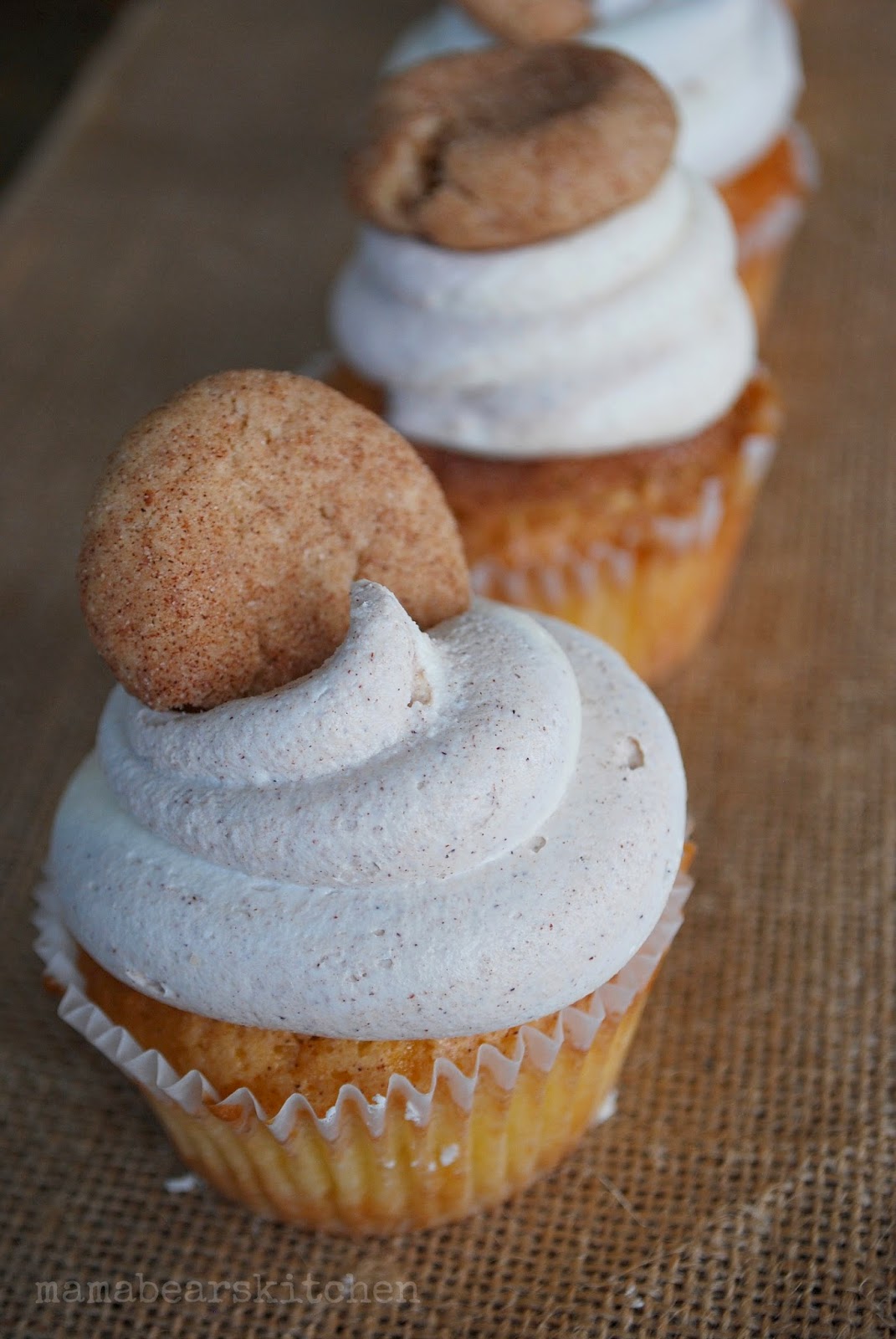 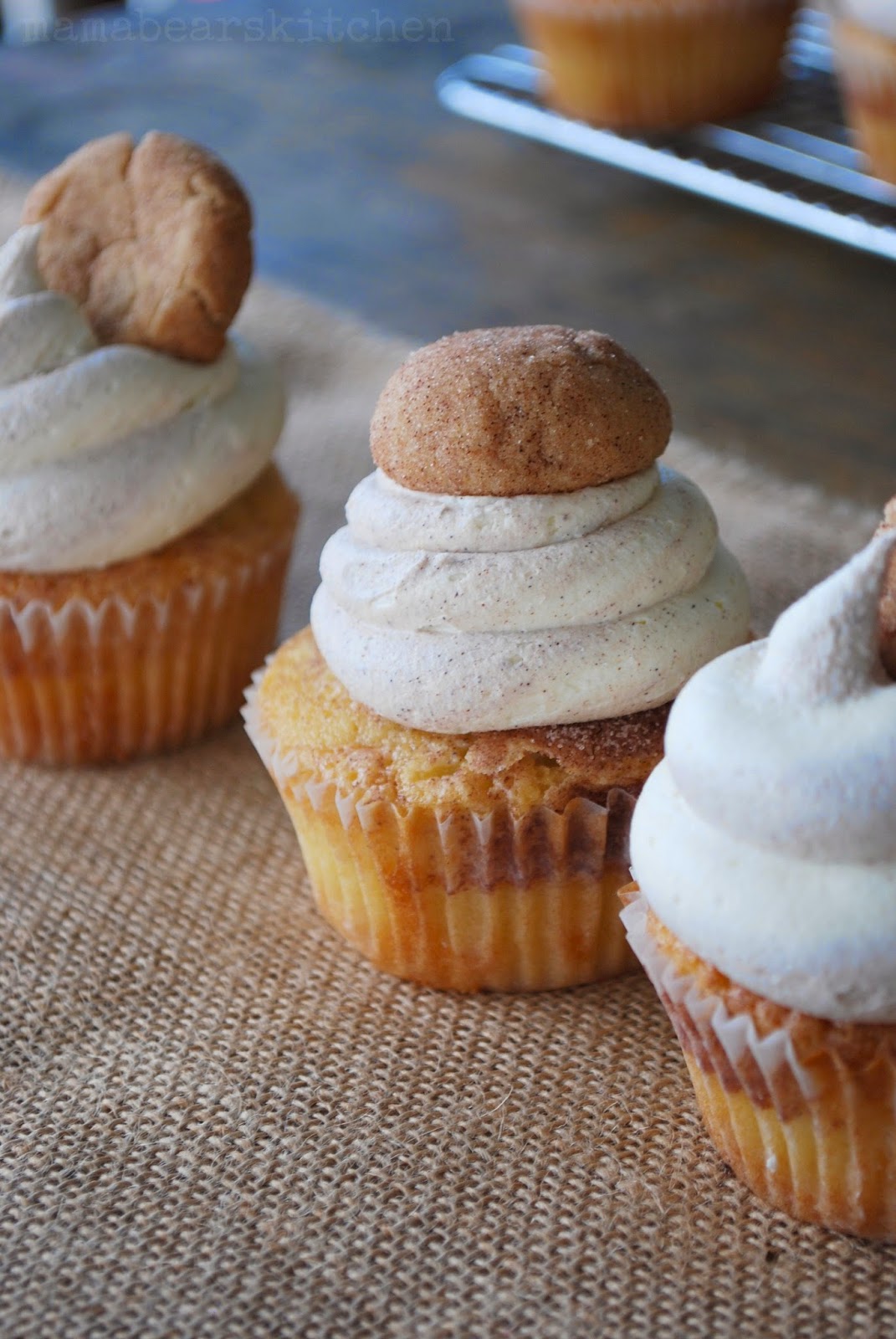 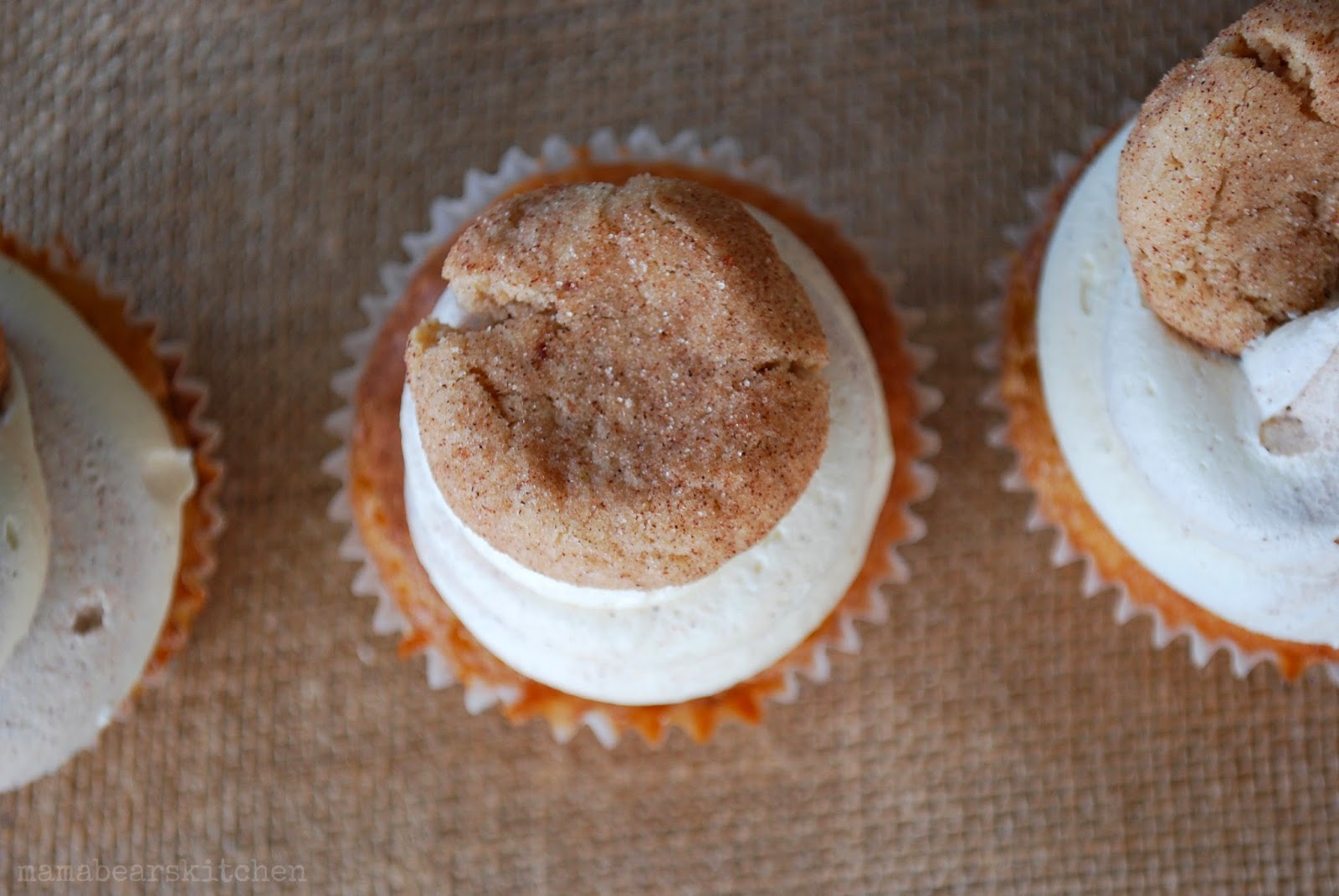 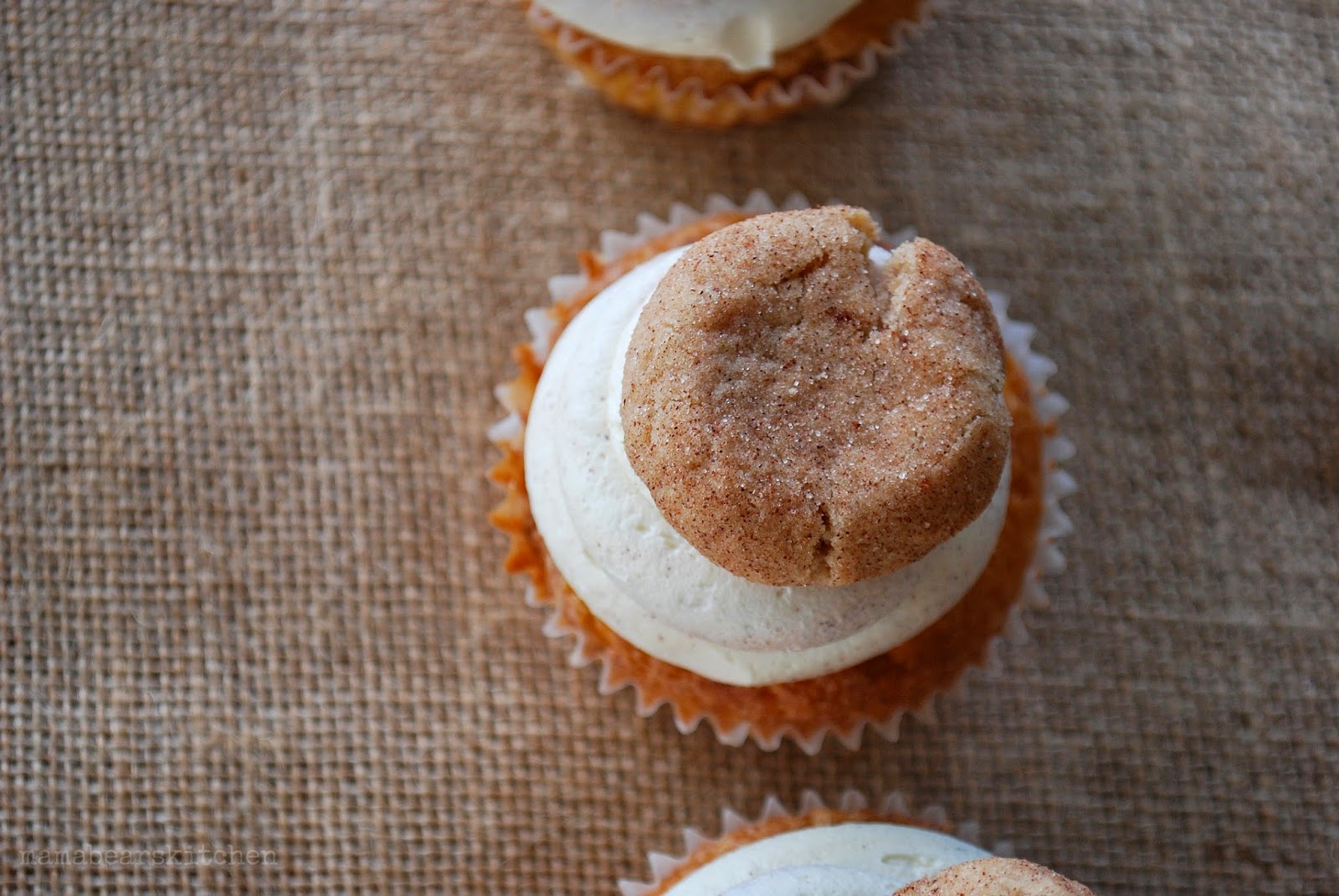 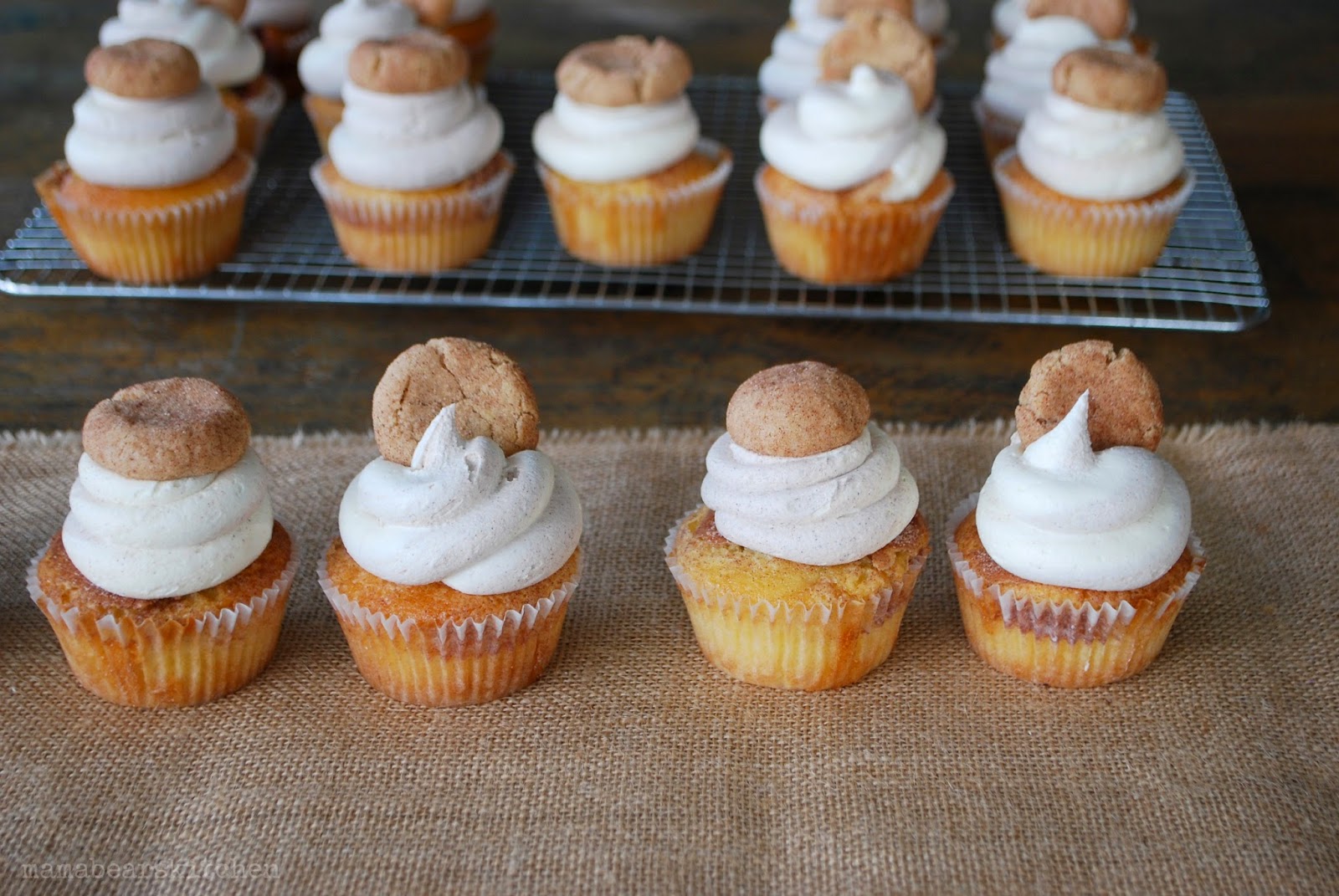 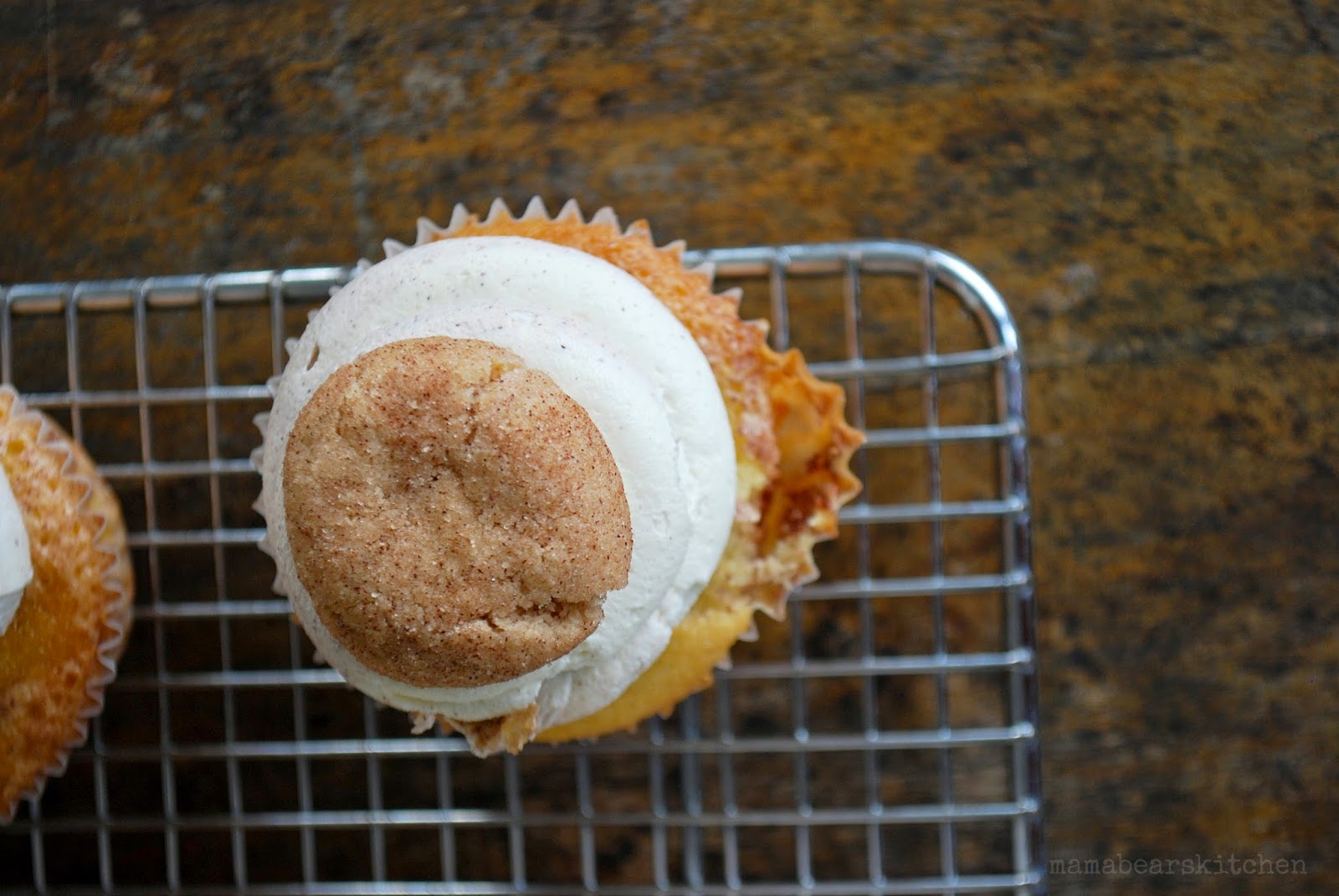 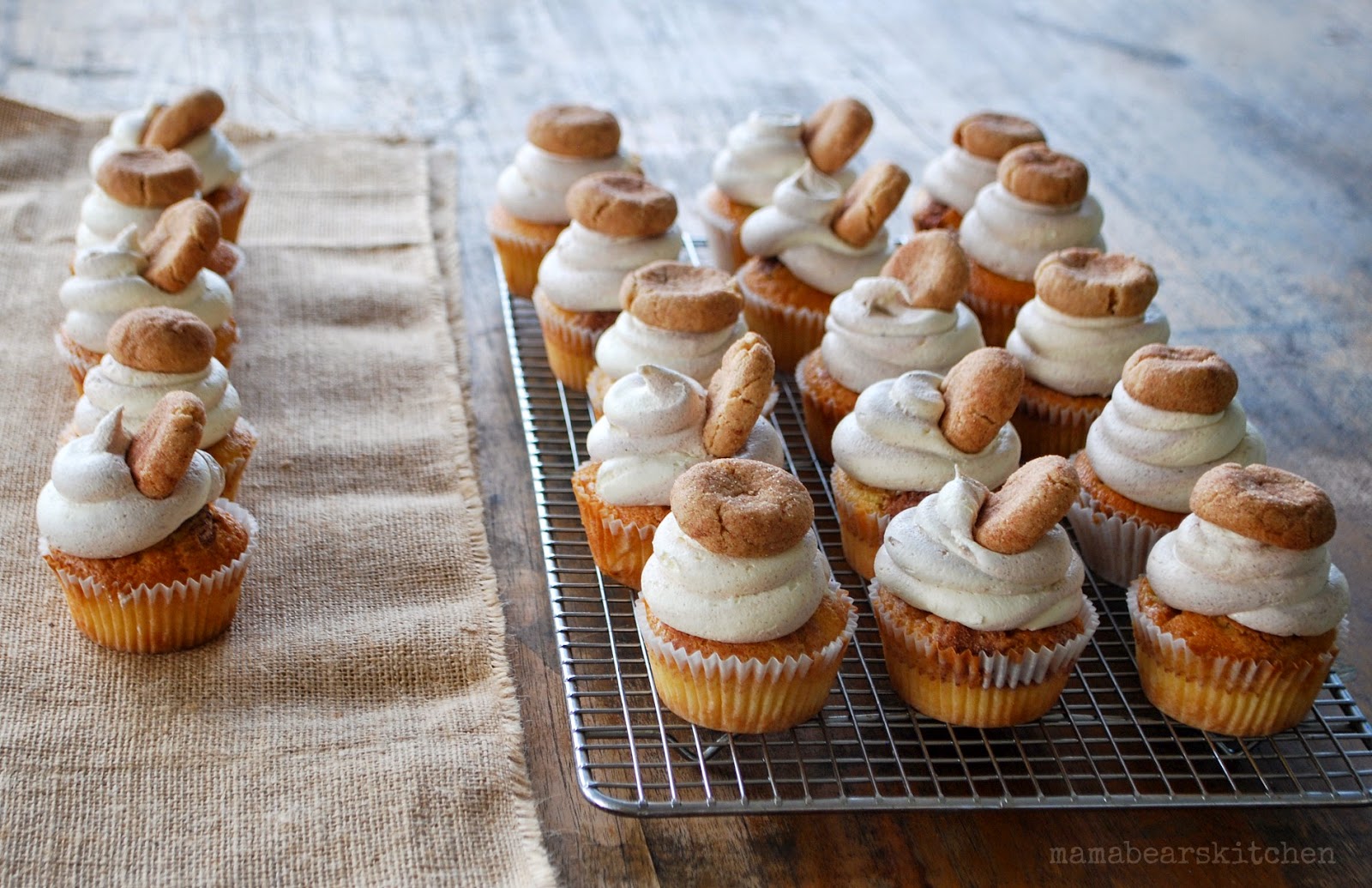 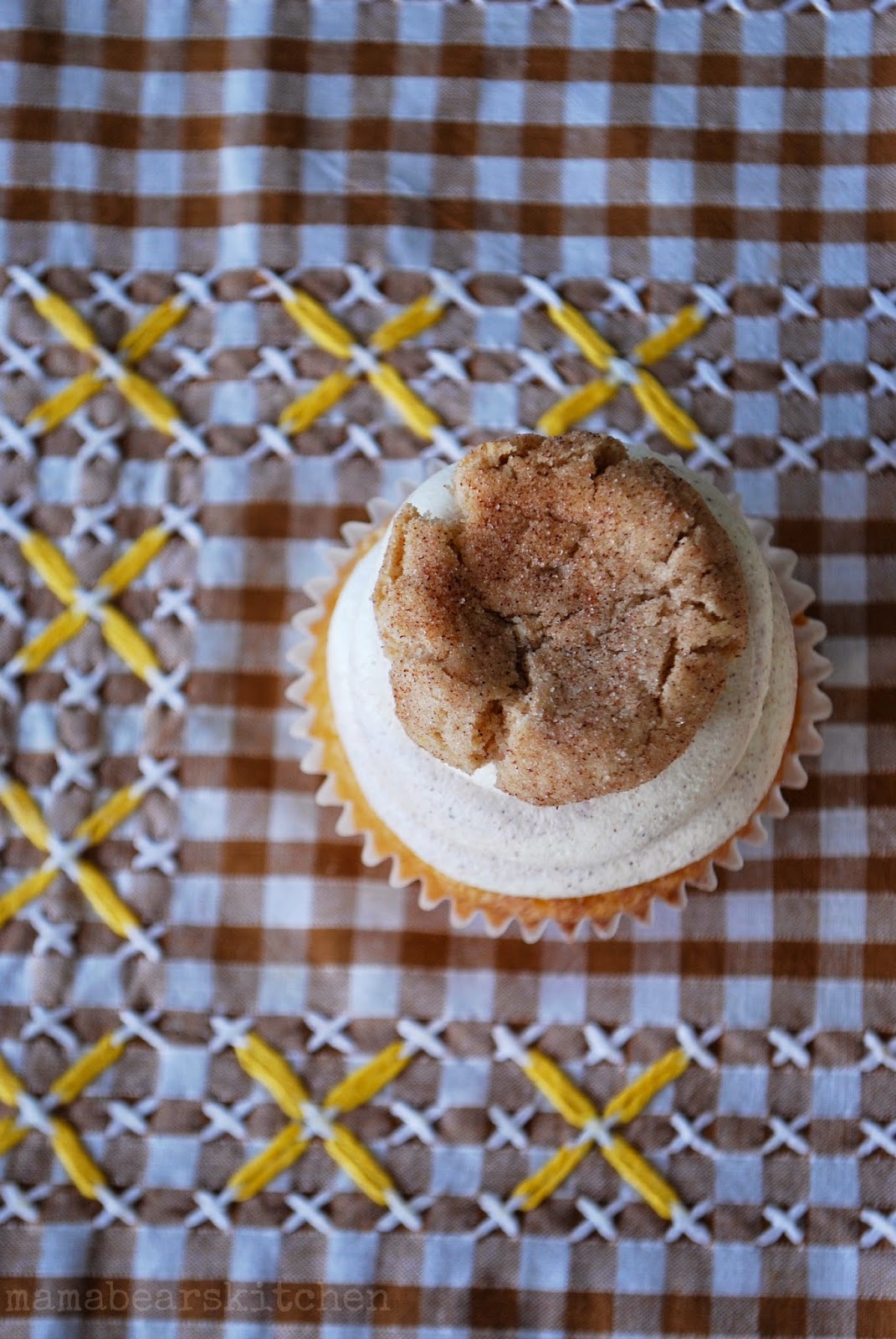 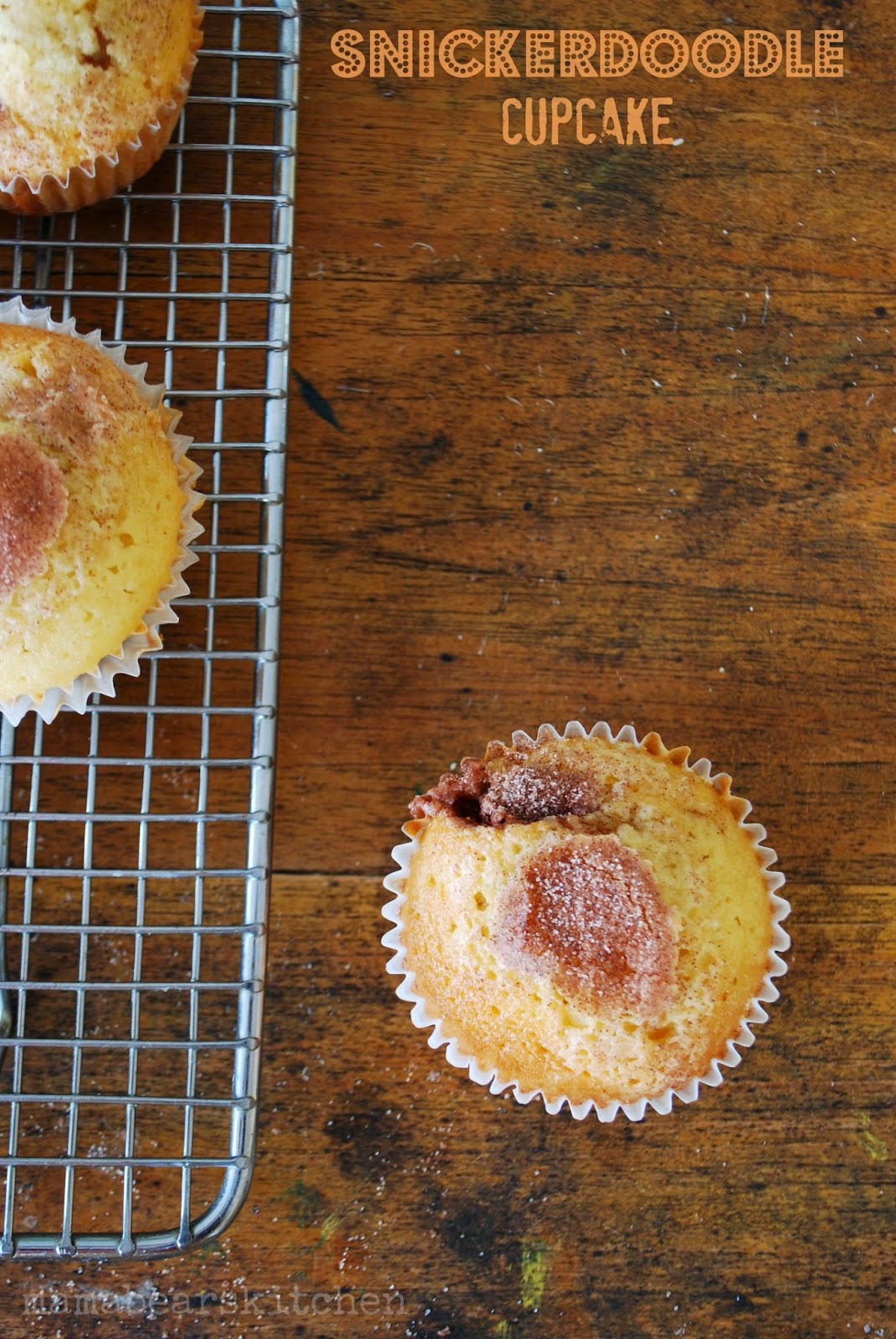